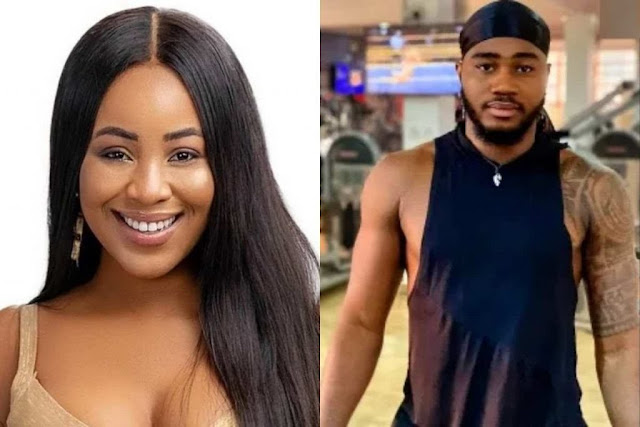 BBnaija housemates, Erica and Praise win N500,000 each in a Game of Charades.

They beat other Housemates to also win phones.

The housemates, now 16 in number, were divided into eight groups of two persons per group.

Recall that four housemates have been evicted already, two males and two females.

In the game, a member of the group was asked to describe the features of the phone using only body gestures while the other member would name them correctly.

Erica and Praise, who were group members won by 45 points.

For Erica, this will be her second prize money being among the group that won N2m in a challenge last week.