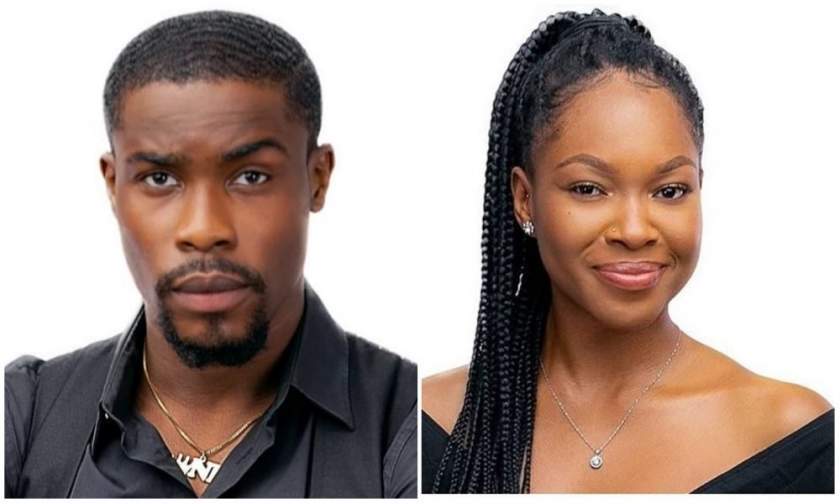 Big Brother Naija, BBNaija 2020 housemate, Neo has explained reason for the fight with his lover, Vee.

Vee on Saturday night had an argument with Neo.

There were suspicions that the lovers were not in good terms due to Neo’s advances and dance moments with Kaisha at the Saturday night party.

However, Neo in a conversation with Laycon and Kiddwaya said the fight started after Vee got angry that he ate her soup without her.

She also got angry after Neo said ‘Fuck off’ at her in the kitchen in front of other housemates.

Neo said: “She asked me why I ate the soup; that’s how the fight started. She should not be angry I ate the food alone, for ordinary plate of Okro you are doing all this rubbish.

“I just thought to myself that what will she do when we are in the real world. Also, before the party, I asked let’s take pictures, she ignored me.

“I thought we were cool at the party after we danced but then I asked her for a toast, and she said no, making reference to the soup earlier in the day.“I got angry and said ‘Fuck off,” now she is capitalizing on the fact that I disrespected her.

“I can sacrifice for my girl but just this small thing, and she’s angry at me. I try to humble myself before you but don’t think I don’t have sense.

“I try to make you feel special in every single way I can. I show how special Vee is to me in public and private but then, one tiny thing, you turn to something else, that thing pisses me off.”

Meanwhile, Praise on Saturday night told Wathoni that  he saw Neo and Kaisha in the bathroom.