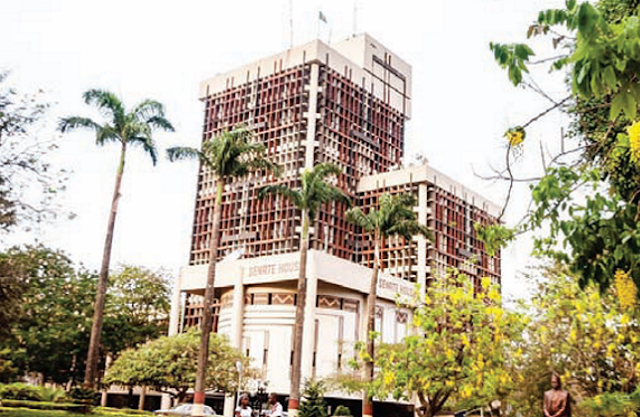 A mild drama ensued on Monday as some Senate members of the University of Lagos, who were to meet to nominate an acting Vice-Chancellor at the main auditorium were initially barred by a memo posted on the door of the auditorium.

The memo, signed by the Registrar, Oladejo Azeez, stated in part, “This is to inform all Senate members that no meeting of the Senate has been summoned, members should await proper notice of meeting after the Federal Government of Nigeria has clarified some issues germane to the meeting.”

However, after a while, some workers opened the door to the main auditorium for the Senate members.

The members are currently at the meeting while members of staff are seen lingering around the environment, awaiting the outcome of the meeting.

The PUNCH earlier reported that the Federal Government last week directed the varsity’s Pro-Chancellor and Chairman of Council, Wale Babalakin, and Vice-Chancellor, Prof. Oluwatoyin Ogundipe, to recuse themselves from official duties, pending the outcome of the Special Visitation Panel set up by the President, Major General Muhammadu Buhari (retd.).

FG had also asked UNILAG Senate to reconvene to appoint an acting VC.